The Bahá’í faith is a reform movement born out of Persian Shiite Islam, named after its second founder, Mirza Husayn-‘Alí – known as Bahá’u’lláh.

Since the beginning of the 19th century, there had been a movement within Persian Islam that was pressing for a spiritualization of religious life and that expected the imminent appearance of two messengers sent by God. On a spring evening in 1844, a Persian merchant announced to a traveler in the city of Shiraz that He was the Bearer of a Divine Revelation destined to transform the spiritual life of humanity. The merchant’s name was Siyyid ‘Alí-Muhammad, and He is known to history as the Báb (meaning “the Gate” in Arabic).

The Báb was an inspiring preacher who interpreted Islamic teachings in a mystical sense. He called for a more elevated status of women and social reforms that would eradicate poverty. Báb’s great successes earned him the enmity of the Orthodox clergy. They accused him of revolutionary activities and he was shot at the command of the government in July 1850. The failed assassination attempt of the Shah Nasir-ud-din by one of Báb’s followers led to a general persecution of Báb’s followers, many of whom were killed or emigrated to other countries.

The Báb had announced the appearance of a divinely inspired Educator, whom he referred to as “He Whom God shall make manifest.” In 1848, a significant gathering of the Báb’s followers took place in a village in the northeast of Iran. Mirza Husayn-‘Alí (born in 1817) played a central role in the proceedings, which affirmed the independent character of the new religion. From this time onwards, Mirza Husayn-‘Alí was known as Bahá’u’lláh, meaning the “Glory of God”. In 1863 in Baghdad, Bahá’u’lláh declared Himself to be the One heralded by the Báb - God’s Messenger to the age of humanity’s collective maturity, foretold in all the world's scriptures.

First from Turkish exile, then from the city of Acre in Palestine, Bahá’u’lláh led the congregation by sending letters to his followers scattered all over the world. When he died in 1892, his oldest son became his successor under the name Abdu’l-Bahá (Servant of Glory). Liberated from detention, he travelled extensively to Egypt, Europe, and North America, developing a rich missionary activity through word and script. He died in 1921 in Haifa in the Holy Land. His grandson Shoghi Effendi (1897-1956), The Guardian of the Bahá’í Faith, established an administrative system for the affairs of the Bahá’í community throughout the world and developed the Faith’s spiritual and administrative center in the Holy Land. Today, the Universal House of Justice in Haifa is the international governing council of the Bahá’í Faith.

One of the holiest scriptures for the Bahá’í is the most important work of Bahá’u’lláh, the Kitáb-i-Aqdas (the Most Holy Book), in which He outlined the essential laws and principles of His Faith, and established the foundations for a global administrative order. Bahá’í believe that the source of all truth and knowledge is divine revelation. It had been proclaimed by God's messengers, including Krishna, Buddha, Zarathustra, Moses, Christ, Muhammad, and also other prophets who no longer have followers today. The accounts of these holy men are therefore recognized as religious scriptures, but apart from the works of Báb and Bahá’u’lláh, the Qur'an is the work in which the Word of God is best preserved. The Báb is considered a forerunner, Bahá’u’lláh’s teachings are believed to be the perfection of a religion that will bring about a new age of peace and united humanity. The teachings of Baha’u’llah are vast in their scope, exploring such themes as the nature and purpose of Revelation, the inherent nobility of the human being, the cultivation of spiritual qualities, and humanity’s interactions with the natural world. The Bahá’í Writings are also replete with references to universal peace—“the supreme goal of all mankind”—as well as explanations of the social principles with which this peace is associated.

The Bahá’í faith is strictly monotheistic: Bahá’ís believe in a personal God who created and governs the world. They believe that God is all-knowing, all-loving and all-merciful. Baha’u’llah’s Revelation affirms that the purpose of a human life is to know God and to attain His presence. It is through the exercise of the powers of the soul that human progress is achieved. When death occurs in this world, the soul is separated from the body, and continues to progress in an eternal journey towards perfection.

Baha’u’llah rejected traditional beliefs and customs that he considered unsuited for the modern world, such as special cultic acts and ceremonies, celestial worship, secret teachings as well as asceticism, slavery 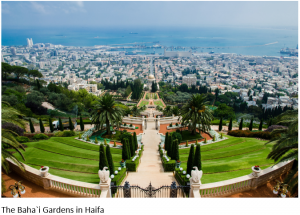 , polygamy and religious warfare. He accepted only prayer, meditation and good deeds as the path to religious perfection.

Acts of devotion such as prayer, meditation, fasting, pilgrimage, and service to others are important Bahá’í religious practices. Through them, individuals and communities are able to continually reinforce the unique bond that exists between God and humanity.

The holiest place on earth for Bahá’í is the resting place of Bahá’u’lláh’s earthly remains at Bahjí, close to the city of Acre in the Holy Land. The famous Shrine of the Báb with its spectacular terraced gardens and fountains on Mount Carmel in Haifa in the Holy Land is the second holiest places for the Bahá’í. The Bahá’í faith has 6 million followers worldwide.

Today, in accordance with its progressive ideas about world unity, the Bahá’í community advocates gender equality, the promotion of education, the solution of the social question, the introduction of a world language, the establishment of a world court of arbitration, and a world federation of states.

KAICIID grew out of the first ever meeting between the Custodian of the Two Holy Mosques and the Pope. At their historical encounter on November 5, 2007, King Abdullah Bin Abdulaziz of Saudia Arabia and His Holiness Pope Benedict XVI shared their vision of an initiative for interfaith dialogue. In 2011, the Kingdom of Saudi Arabia, the Republic of Austria and the Kingdom of Spain, following the initiative of King Abdullah Bin Abdulaziz and Pope Benedict XVI, signed the Agreement for the Establishment of KAICIID in Vienna, Austria. The Holy See became a founding Observer. KAICIID is an intergovernmental organization whose mandate is to promote the use of dialogue globally to prevent and resolve conflict to enhance understanding and cooperation. 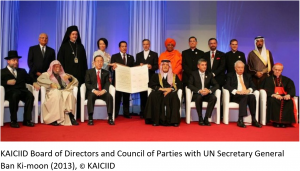 D’s vision is a world in which there is respect, understanding and cooperation among people; justice, peace and reconciliation; and an end to the abuse of religion to justify repression, violence and conflict. “At KAICIID we aim to build bridges through dialogue to connect religious actors with one another and with policy-makers. Our hope is that when these actors are equipped with the tools to carry on dialogue and have established relationships with each other, they will work together towards inclusive and peaceful societies that preserve diversity and human dignity”, says Renata Nelson, a Coordination Officer at KAICIID.

KACIID pursues a variety of activities in order to promote interreligious dialogue. The Center is actively engaged in interreligious dialogue in the Arab region. In 2014, KAICIID hosted the conference “United Against Violence in the Name of Religion”. The outcome of the conferences was the Vienna Declaration by leaders of Christian, Sunni, Shiite, Mandean, and Yazidi communities from Iraq, Syria and the larger Middle East region denouncing with one voice all violence in the name of religion.

In the Central African Republic, KAICIID works for the establishment of operational mechanisms to strengthen the capacity of religious leaders, with an initial focus on the Muslim community, to prevent violence and engage in interreligious dialogue for reconciliation. In Nigeria, the Center supported the launch of the Interfaith Dialogue Forum for Peace (IDFP) in 2017. Another focus country of KACIID’s activities is Myanmar. While supporting the Peaceful Myanmar Initiative, a national interfaith dialogue platform, and training religious leaders on interreligious dialogue in pilot regions with a focus on using social media as a space for dialogue, the Center aims to promote dialogue and reconciliation among the followers of the various religious traditions in the country. 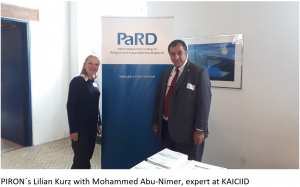 Moreover, KAICIID hosts an International Fellows Programme that brings together leaders and educators from Buddhist, Christian, Hindu, Jewish, Muslim and other religious backgrounds from around the world for training in dialogue facilitation, intercultural communication and promoting social cohesion by KAICIID experts. The Dialogue Knowledge Hub on KAICIID’s website offers a variety of resources such as databases and e-learning products on interreligious dialogue. The knowledge hub features an interactive Peace Map that illustrates the diversity of work in interreligious dialogue, showcasing different organizations and their activities around the world.

In implementing its programs, KAICIID partners, among others, with the African Union, UNESCO, UNDP, the Organization of Islamic Cooperation and the UN Office on Genocide Prevention and the Responsibility to Protect.

KAICIID’s Board of Directors comprises high-level representatives of the major world religions (Judaism, Christianity, Islam, Hinduism and Buddhism) and cultures. The Center is headed by a Secretary General. Currently, this post is held by His Excellency Faisal Bin Abdulrahman Bin Muaammar. In 2017, KAICIID had a budget of 11.1 million euros. 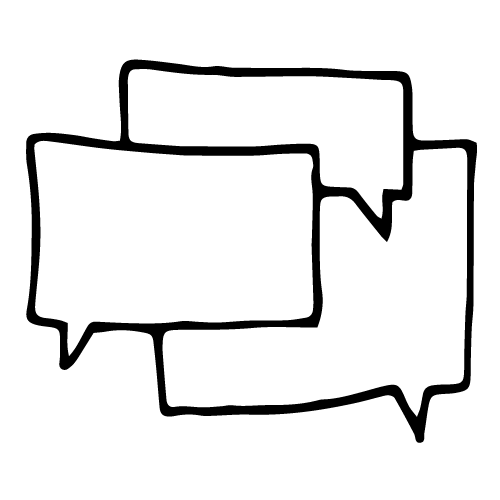 12 - 15 May 2019
Green Reformation – Eco-Theology, Education and the Future of the Church, Consultation, Bossey, Switzerland
Together with the Association of Protestant Churches and Missions in Germany (EMW) the World Council of Churches holds this international consultation at the Ecumenical Institute Bossey. 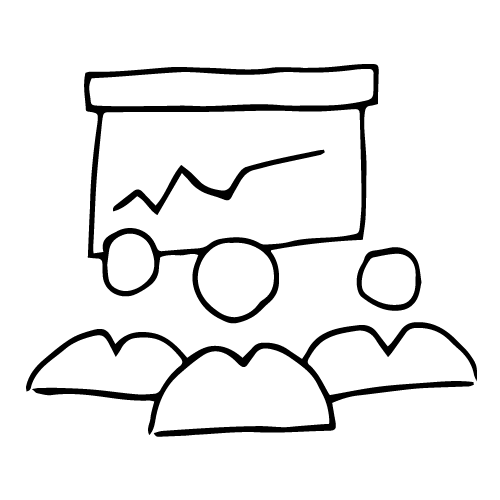 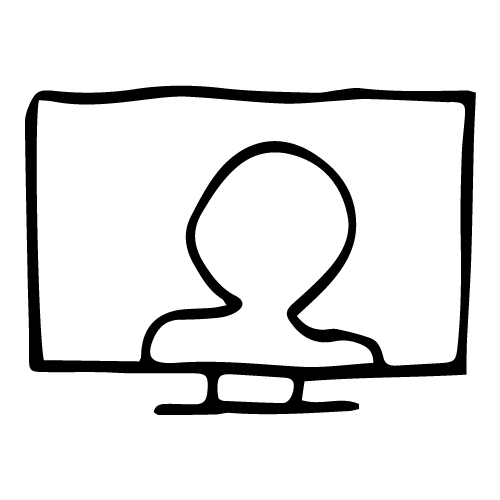 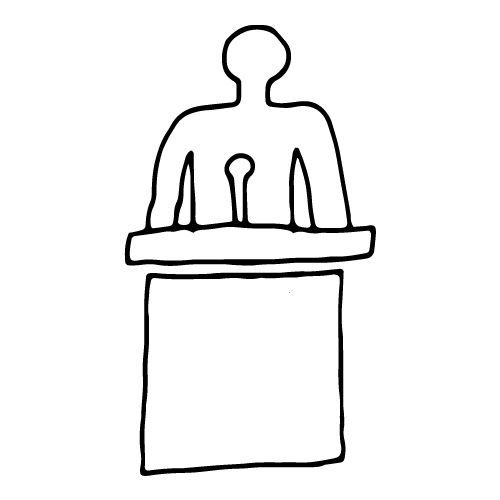 3 - 6 June 2019
Women Deliver Conference, Vancouver, Canada
With a focus on gender equality and health, rights, and wellbeing of girls and women, the conference will look at the different issues affecting women’s lives and will drive action in girls’ and women’s health. The conference addresses diverse topics such as maternal and reproductive health, education, economic empowerment and human rights. It aims to be a catalyst for advocates working to achieve a more gender-equal world.

Learning Paper: Leave no on behind in humanitarian programming: An approach to understanding intersectional programming, Islamic Relief Worldwide, 2018.

This paper outlines a new approach to intersectionality piloted by Islamic Relief over a two-year period. The aim of the pilot is to better understand the intersection of different dimensions of social disadvantage and its implications for the organization’s humanitarian work.

This report provides an overview of the engagement with faith-based actors and faith-related activities by the members of the United Nations Inter-Agency Task Force on Engaging Faith-Based Actors for Sustainable Development.

Report: The International Promotion of Freedom of Religion or Belief: Sketching the Contours of a Common Framework, Marie Juul Petersen, Katherine Marshall, 2019.

This report addresses tensions and gaps in understandings and approaches to international freedom of religion or belief (FoRB). It sketches the contours of a common framework for understanding and approaching international FoRB promotion in order to provide inspiration and basic guidance to support development of pertinent context-specific theories of change and strategies for action. The report was published by the Danish Institute for Human Rights in partnership with the Georgetown University Berkley Center for Religion, Peace, and World Affairs and the World Faiths Development Dialogue.

The paper calls for policymakers, donors, and other decision-makers to prioritize education for refugee and displaced girls and provides recommendations to improve access to education. Recommendations include the incorporation of gender into education plans, the addressing of social and cultural norms that prevent girls from attending school and the provision of appropriate structures and materials.

Research Report: Rise to Shine – The role of Indian religious institutions in closing the energy access gap, The Bhumi Project, 2019.

The Faith in Development Monitor

About the FID Monitor

Under the slogan "500 seconds for more faith in development", the free Faith in Development Monitor is published every two months in English.